The aim of the paper is to contribute to the literature dealing with firm R&D internationalization by tracking two critical patterns: the evolution of the share of firm R&D carried out abroad and the changes in firm locational strategies related to R&D. We have built up a large data set covering patenting efforts of worldwide large firms for many countries over a large time period. We study a sample of 946 large firms for two time periods (1994-96, 2003-05).

Our results tend to strongly nuance the dominant view in the literature. The rate of internationalisation remains very low at world level; over the decade under inquiry after withdrawing Japanese and Korean firms it does not increase. This trend is the result of two opposite movements: European firms that were by far the most internationalised at the beginning of the period enter a movement of rationalisation that drive to refocus on their home base and on Europe, while US firms witness a continuous increase even if they still stand below their European counterparts at the end of period. Asian firms, which were completely absent from this movement, have started an internationalisation movement that remains limited and focused on other Asian markets. This is why we propose to decompose between continental and intercontinental movements in internationalisation. Motives for such movements clearly highlight the lasting prevalence of the home base, but contrary to what was expected by previous studies, we do not find a continuous move towards home base augmenting assets, but rather a rebalancing between home base augmenting and home base exploiting strategic motives. Again these global dynamics widely differ according to continents. Keywords: MNC R&D; innovation; internationalization; patents 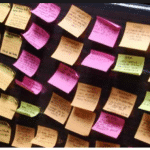